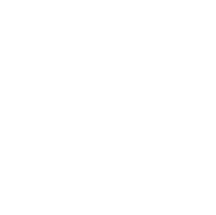 Beneficiaries shall be those individuals who, whether or not they are Participants in the Plan, are entitled to receive the benefits set out in the Specifications. Registration as a Beneficiary shall take place when the event giving rise to the entitlement to the benefits provided for in the Plan occurs. Also the person
The person who, at the time of the causal event, is a Participant or Suspended Participant.

In the event of the death of a Unitholder, the persons designated by the Unitholder shall be Beneficiaries, with the exception of the minimum benefits guaranteed in the form of an annuity, of which their spouses and/or children shall be beneficiaries, in accordance with the provisions of these Specifications.
There are other cases covered by the plan specifications that qualify as beneficiaries.

The benefits consist of the recognition of an economic right in favour of the beneficiaries of this Pension Plan once the contingency covered by the same has occurred and are regulated by the provisions of the articles of the specifications of our employment plan.

Risk benefits shall be guaranteed provided for in the Specifications for death and permanent disability contemplated therein, which shall be insured, where applicable, by the Pension Plan, as policyholder and beneficiary, provided that the vested rights of the participant (plus, where applicable, the benefits derived from the excess policy or policies) in the Pension Plan at the time of formalising the benefit, were not sufficient.

The right to this benefit accrues in favour of the Beneficiary(ies) from the moment of the death of the Participant, Suspended Participant or Beneficiary , as the cas may be.

We will take into account only the death of the Participant, the benefits will consist of:

Guaranteed Minimum Income, for life or temporary and revalorisable

A Guaranteed Minimum Income, for life or temporary and revaluable according to the characteristics indicated in the Specifications.

Additional benefit in the form of a lump sum

If these benefits do not exhaust the vested rights of the participant, the remaining amount may be paid in any of the ways provided for the receipt of the vested pension benefit.

We will take into account only the Invalidity of the Participant, the benefits will consist of:

The amount of the permanent incapacity benefit shall consist of an annuity, provided that the contingency that gave rise to the payment of the benefit is maintained, for the annual amount established in the following point and reversible as set out in the specifications to the beneficiary.

The annuities to be paid by the plan in the event of permanent disability of the participant shall be as follows, distinguishing according to the degree of disability.

In the event of a review of the degree of permanent incapacity due to a worsening or improvement of the disabled person’s condition by the Social Security, the income received at that time as a permanent incapacity benefit will be adjusted to the new situation, with the corresponding readjustment in the policy.

The new benefit shall be calculated on the basis of the same pensionable salary and allowance used at the beginning of the beneficiary’s situation, with the percentages that correspond to the new benefit, as if he had originally been in the current situation. It will then apply the revaluations that have accumulated in each of the years that have elapsed and will proceed to pay the new amount resulting from the effective date of the new situation, with regularisation of the payments already made.

In the event of total, absolute or severe permanent disability, recognised with a decision date after 15 June 2018, the participant may choose to receive part of the benefit financed by vested rights in the form of a capital sum, where the amount of the previously established income will be reduced by
the amount of the minimum income that would have been financed by the part of the vested rights received in the form of capital.

This payment may be made in the form of a lump sum for a maximum amount of 50% of the vested rights of the participant at the time of formally requesting the benefit of total permanent disability, absolute disability or severe disability, not counting the guaranteed supplementary capital set out in point 2 in the aforementioned maximum amount
.

In addition to the above benefits, an additional benefit of 51,000 euros is guaranteed in the event of absolute permanent incapacity or severe disability of the participant, which will be paid to the participant in the form of a lump sum and only once, even if there is a revision of the degree of incapacity due to aggravation, improvement or subsequent contingency.
after reinstatement.

Case of reinstatement of the permanently incapacitated person

In the event that the contingency that gave rise to the payment of the benefit is not maintained, the Plan shall cease to cover such contingency and shall surrender the mathematical reserve remaining in the policy at that time. The amount of such redemption shall be allocated in full in the Plan to the participant, up to the maximum limit of the vested rights existing at the time the benefit was paid, less, where applicable, the vested rights that the participant received in the form of capital in excess of the Guaranteed Supplementary Capital in the previous point, and
capitalised – with the same return as the Plan – until the time of the Plan’s reinstatement. The insurance contract shall provide that the excess of this surrender will reduce the premiums of the Plan and, consequently, the future contributions of the Promoter.